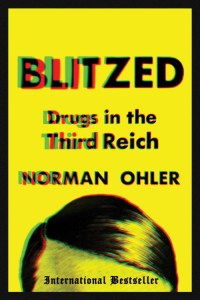 Blitzed: Drugs in the Third Reich by Norman Ohler

This is either a clunkily written book or a clunkily translated book. Or both. The organization of the book is confusing, constantly going back and forth between the frontlines and Hitler’s headquarters with little transitional material. The cast of characters for the German war effort is massive. I saw no effort to translate those characters for the English language American publication, so it was confusing for an American reader. The subject material is fascinating, but outrageous. In places where I expected to see citations (in some of the conclusions that required support), there were none. In other places where citations were not needed, they abounded.

I am also philosophically opposed to stigmatizing addiction by associating it with fascist murderers. And with dismissing the Nazi atrocities by juxtaposing them with habitual drug use. 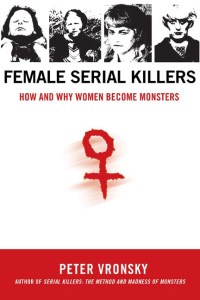 Female Serial Killers: How and Why Women Become Monsters by Peter Vronsky

Vronsky’s thesis to counter the public perception that women can’t be aggressive killers. An interesting premise, but his lack of compassion does give me pause. Do I think women can be just as aggressive as men? Absolutely, but Vronsky doesn’t exactly address the “how” and the “why” in his title. He is more interested in categorizing the killers than exploring the individual psychology of his title. 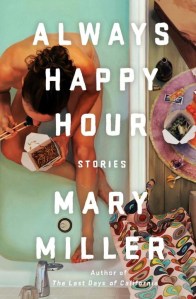 If Mary Miller’s last novel was a love letter to adolescence, her latest work is a series of love letters to arrested development. Miller glorifies life’s unevents: the life that happens between life happenings. The stories are connected through first person female narrators who inhabit roughly the same age and economic bracket. Their voices are distinct, but not distinct from one another’s. Miller develops a new archetype: the single female worrier, the insecure young woman who rejects the wisdom of maturity. The stories in Always Happy Hour compose one large emotional landscape, which might be more relatable than event-based narratives.

There was an error retrieving images from Instagram. An attempt will be remade in a few minutes.