If Mary Miller’s last novel The Last Days of California was a love letter to adolescence, her latest work is a series of love letters to arrested development–letters never sent, pushed to the back of the desk drawer. In Always Happy Hour, Miller glorifies life’s unevents: the life that happens between life happenings. The stories […]

You’re traveling through another dimension, a dimension not only of sight and sound but of mind… a journey into a wondrous land whose boundaries are that of imagination—your next stop, the Twilight Zone!

Rod Serling began his career in radio broadcasting, but began writing for television during his college years in the early 1950s. He believed that radio drama never reached its full potential, and he wasn’t going to let television suffer the same fate. After a number of successful scripts for network television, Serling, sick of the sponsor censorship depleting his scripts of political commentary and ethnic representation, decided to create his own show.

Serling was known in Hollywood as the “angry young man.” Mid-20th century America appeared to be whole and wholesome, except to a few visionaries who surveyed the social landscape and noticed the cracks. He was dedicated to telling the stories of the people who inhabited these fault lines. Serling and his Twilight Zone television program offered more than just tales of suspense and conjecture. These are adult fairy tales–if the supernatural entities in question are aliens, mutants, atomic power, social inequality, technological advances, and vast government conspiracies. Serling all but mythologizes mid-twentieth century fears and anxieties through serial tales that are often (like their folk tale ancestors) accessible and moralistic. The Twilight Zone made possible many later phenomena that embrace the new 20th century pop culture mythologies, such as the X-Files and Buffy the Vampire Slayer. That said, because I’m reading these well into the second decade of the 21st century, I will put a 21st century spin on these reviews. END_OF_DOCUMENT_TOKEN_TO_BE_REPLACED

Deep in the Infinite Image: The New & Noteworthy Book Club Discusses Bats of the Republic

My thoughts on the New & Noteworthy November pick BATS OF THE REPUBLIC by Zachary Thomas Dodson. 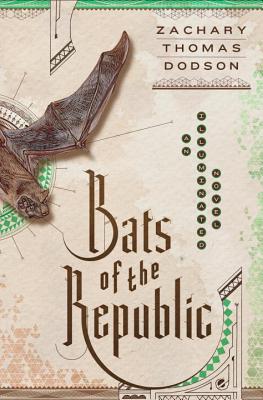 Bats! Texas! Overlapping genres! Parallel timelines! Archival records! Full disclosure: I am an archivist who is a former graphic designer–who also has a weak spot for misunderstood animals. If there is any book that is written with me as a reader in mind, it is Zachary Thomas Dodson’s Bats of the Republic.

It’s hard for me to sell this book here in text without just handing you a copy of this gorgeous tome. The care taken into crafting each page in this book (including the dust jacket and endpages) is stunning. Everything is printed in browns and greens–not one word in black and white! I have read through the entire book, and I still pick it up and flip the pages, knowing that I’m not going to read a single… 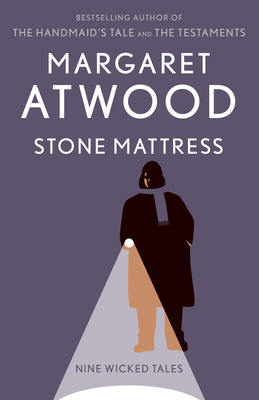 Another vlog I filmed for BookPeople. Authors whose works I read to prepare for my first trip to Japan. Enjoy!

Silence by Shusaku Endo
Something Like an Autobiography by Akira Kurosawa